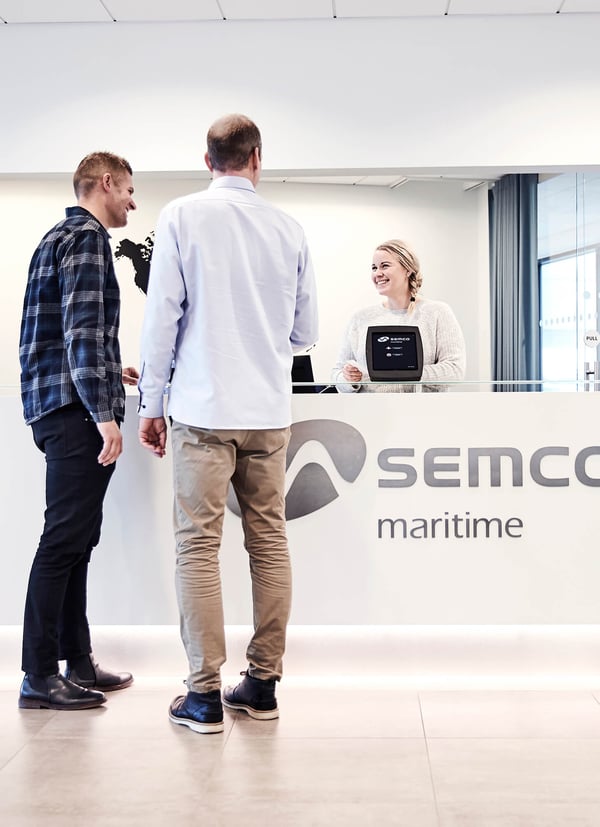 As the offshore industry makes stronger efforts towards decarbonization, the use of Energy Storage Units (ESS) is increasing as it is a reliable method of supplying power when required. This development requires special fire protection systems to keep the installation safe!

By integrating an Energy Storage System, vessels can become less reliant on their diesel engines and thus drastically cut down on their emissions. For example, recently some of the major drilling rigs were retrofitted with lithium-ion energy storage systems and data shows us that they have been able to reduce CO2 emissions by 25 percent and NOx emissions by 95 percent compared to the baseline average for the rig.

Energy Storage Systems (ESSs) are essentially batteries installed as a source of electricity. Commonly made up of multiple lithium-ion (Li-ion) cells that form a module. These batteries can store and release energy on demand.

With several modules forming a rack, a dedicated battery room is required to safely place the amount of racks required to reach the desired level of efficiency. This is only reasonable, as thermal runaway is a priority concern for Li-Ion based technologies.

A thermal runaway event occurs when a battery is overheated due one of many reasons such as mechanical impact or an internal short circuit. When that happens, the cathode/anode separator is damaged and fails, producing a rapid discharge of energy and more heating. This then reacts with the highly combustible electrolyte gases from released the cell, producing flames or explosions.

While this might happen at the cellular level initially, it is very easy to see how it can escalate into the room or even site level as the room heats up and causes a chain reaction of thermal runaway events.

As such, selecting a suitable fire protection system to pair along with the ESS is important to ensure that the installation is safe, durable, and reliable.

If a thermal runaway occurs, the most important factor in preventing a cascading effect of burning racks is the ability to rapidly cool the overheated module and its surroundings. This is because fire involving Li-Ion batteries are known to reignite any time from minutes to days after the initial event.

Since extinguishing the fire and cooling the surrounding is the main objective of the fire suppression system for ESSs, a water mist system is often suggested, as it is able to achieve the goal most effectively.

What is a water mist system and how does it work?

While it may seem counter intuitive to use water against electrical equipment, water mist systems remain highly recommended as it is one of the most effective methods of suppressing fires from thermal runaways. In addition, the small particle size of the droplets is not expected to cause heavy water damage.

Unlike traditional sprinkler systems, water mist systems force water at a high pressure through nozzles, creating an extremely fine mist of made up of droplets under 1000 µm in size. Each water mist droplet expands more than 1,700 times.

The water mist suppresses fire by reducing heat, displacing oxygen, and controlling the fuel source by wetting and cooling the surrounding fuel surfaces.
The SemSafe high-pressure water mist system attacks both the oxygen element and the heat element of the “fire triangle”.

In this case, the system’s main function is to extinguish the combustion flames and cool the cells, inhibiting the exothermic reactions during thermal runaway.
Find out more about SemSafe here

Which system is right?

Battery vendors will also usually recommend a suitable fire extinguishing system that is appropriate to the battery chemistry used. You can also speak to one of our experienced firefighting specialist to find out how we can protect and safeguard your assets adopting ESSs.
Blog posts and articles about our specialist areas within the offshore wind and oil & gas industries